Disruption of Emobility - Tesla as a Pioneer

Interview with Christoph Krachten, science journalist and bestselling author of the book "Tesla or how Elon Musk is revolutionizing electromobility".

To avoid a shortfall in electricity generation, photovoltaics and storage must be greatly expanded in Germany.

With our newsletters you will stay up to date about the trade fairs and conferences of The smarter E Europe.

Renewable energy is more than just an alternative to conventional energy sources. This is where The smarter E Europe comes in, as the most important innovation hub for new energy solutions, dedicating itself to all topics relevant for the industry. 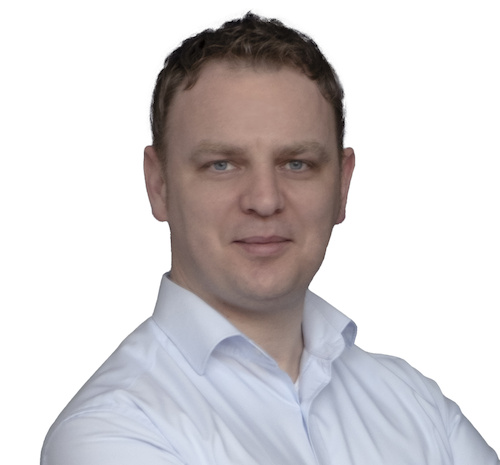 Bavarian company Fenecon GmbH has been nominated for the ees AWARD with their home storage system “Fenecon Home”. Company founder and managing director, Franz Josef Feilmeier, explains what makes the home storage system smart and shares his plans for the “New Mittelstand” company as it enters its second decade of business.

Many congratulations on celebrating ten years of Fenecon! In 2011 you started with an on-grid PV system for on-site consumption on your parents’ farm in Lower Bavaria. It didn’t allow for feeding excess energy into the grid and had just a 10 kWh-lithium battery. A decade later and you have a team of almost 80 people, offer home, commercial and container storage systems and facilitate energy management that is compatible with a range of different technologies using the OpenEMS platform and an open source code. Of which achievement are you most proud?

My pride and joy is my exceptional team. The people, my colleagues, who’ve made it possible and who’ve made it happen. Here it’s very much a team effort and everybody always gives their all. Our aim to achieve a 100% energy transition and how we go about doing so is something we’ve developed together. The OpenEMS “energy transition operating system”, the many awards and happy customers are the logical consequence. In that sense, we’re very lucky to have remained independent from corporations or financial investors. That no one dictates rapid-growth plans or quarterly earnings – that’s something of which I’m also very proud.

There seems to be two sides to your company: On one hand, you work closely with the Chinese producer BYD. On the other, you emphasize your Lower Bavarian roots and remain an independent company. Which route are you going to take for the future? Global corporation or an independent, Bavarian, family-run company?

I believe we can be both. It is very important to us that our partners produce high-quality components. At the same time, BYD for example and similar companies “only” produce the batteries and Siemens, amongst other businesses, “just” the inverters. However, you still need a systems integrator who doesn’t have tens of thousands of employees producing components on an industrial scale, but instead knows the storage systems inside-out and facilitates energy management and the specific hardware constellation required. And that is exactly the crucial role our team of committed engineers plays.
In that sense, we see ourselves as a “New Mittelstand” enterprise with a foot in both camps. One rooted in a regional, family-run business and the other in an increasingly dynamic environment with future-proof job opportunities. We focus our efforts for industrialization and strengthening value creation primarily in areas where business is not yet run by large corporations. A prime example of this is the standardized and platform-based production of storage systems made from new and used electric vehicle batteries.

The “Fenecon Home” has been nominated for the ees-AWARD. You describe it as a smart home battery and “forward-thinking” system. What makes this home storage system smarter than the rest? And what makes it so forward-thinking?

Many storage systems on the market lack an overall energy management control center. Instead, inverter adjustment only kicks in when the connection point hits zero. This means that the inverter prevents the PV system from feeding into the grid until the battery is fully charged and vice versa: Through discharging, the inverter also prevents energy from the grid from being accessed until the battery is empty. At first glimpse, that may seem completely logical to many people. But this is not a way we can achieve a complete and cross-sector energy transition. Nor is a system with this type of business strategy for users the appropriate device for the energy world of in twenty, ten or even five years time. So we let the storage system get to grips with its own energy world independently. How much energy does the PV system produce? When does it produce this energy? How does consumption work and are there controllable loads that can be cleverly integrated? That’s how we develop an energy plan. When the power generated is not enough, the battery can be charged from the grid during times when stock market electricity prices are low. To ensure that runs smoothly, everything is prepared and installed in the FEMS-Box, at the top of the battery tower. Any compatible app can simply be activated and so it expands the functional range of the storage system. This works in the same way as with smartphones.

So the “brain” of the smart system is the FEMS-Box for energy management that can be installed quickly and easily onto the storage system. In the FEMS-Box are connectors to the control unit of a smart grid ready heat pump, a heater, charging points and other controllable loads to name a few examples. Key word: sector coupling. Is this the future of PV storage systems?

Yes, customer expectations are clear that all energy consumption is controlled from the same source. Therefore, we need a comprehensive energy management, independent of manufacturers, that is flexible enough to meet any needs the energy future still holds. But quite shockingly, the reality is that it’s not uncommon for there to be multiple meters to measure excess feed-in so that they separately and individually control the wall box, the heat pump, the heater, dynamic PV feed-in reduction or the battery itself. For the good of our customers, we have to move away from that. The home battery storage system is often the first time an energy management system is installed in the house. Therefore, it is important that it brings this openness with it to easily put the idea of sector coupling into practice.

And what’s next? What’s in the pipeline for Fenecon moving into its second decade on the market?

Our “twenties” will see a turning point in the energy world. The world is going solar – solar energy is becoming the cheapest of all types of energy worldwide, and is doing so at an astounding rate of knots! That’s big news for both sustainable climate conservation and a decentralization and democratization of energy production that is accessible for all. In coming years, storage systems in private homes, industry and commerce, mains operation, in the energy market and of course in electric vehicles and the charging infrastructure they require, will become the norm. The storage systems are embedded in an increasingly flexible energy system in which a multi-functional and well-connected energy management is central.
We are eager to mark this development with our innovation and for that reason are very actively participating in the area where electric vehicles and the energy market converge. For example, we are working on an intelligent charging management system in a fleet operation as well as storage system platforms produced from vehicle batteries. In this way, we will be able to create future-proof jobs and extend our commitment into new markets on different continents.