Interview with Prof. Dr. Achim Kampker, head of the Production Engineering of E-Mobility Components (PEM) chair at RWTH Aachen University, on the status and prospects for recycling lithium-ion batteries. 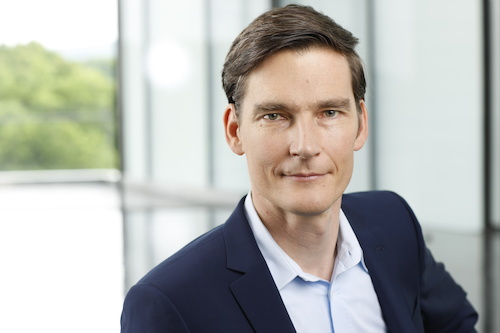 Prof. Dr. Kampker, where do we currently stand in the recycling of lithium-ion batteries?

There are now many smaller companies involved in the recycling of lithium-ion batteries, for example spin-offs from universities, but also larger, so-called OEMs. Automobile manufacturers are now also starting to get involved on a massive scale. The recyclers themselves are still taking a somewhat wait-and-see approach, but they too are now slowly picking up speed so that capacities can be expanded. Everything is still a bit sluggish, but things are slowly starting to move.

What do we need the recycling of batteries for anyway?

The question is: What else should happen to the old batteries? After all, we want to close processes, create a circular economy. Whenever I take something out of the ground, it always has a negative impact on the environment and often also in the social sphere. That's why it makes the utmost sense to try to get as much of the raw materials out of used batteries at the end of their life cycle. And to do so as sustainably as possible.

There is a perception among many people that "as soon as an e-car breaks down, you have to recycle the battery". Is that really the case?

If the battery is really broken, then yes. But if it is not defective, but only weak in performance, for example with regard to storage capacity, it can continue to be used. As soon as it drops below 80 percent, the battery should be removed from the vehicle, because the conventional range specified at the beginning of the life cycle is then no longer feasible. But the battery can still be used, of course. Then we talk about "second life," a life that the battery should perhaps be given in the stationary sector. Battery repair will become increasingly important in the future to extend the first life cycle. But this second-life cycle can double the useful life. If you're talking about eight to ten years in the vehicle, ideally you can get another similar order of magnitude for a "second life." Of course, there is a lot of discussion about business models here, especially with regard to economic efficiency. But I assume that clever and good applications will be found here.

Not at the moment, but definitely in the future. Due to the small quantities that are currently being returned, there are not yet any highly scaled processes, so that the situation also arises that I have to pay as soon as I hand in a battery. As a result, it is certainly not economically viable at the moment. But if you develop the processes and simulate this with larger quantities, we are very confident that it really is a sensible business model, both on the energy balance side and on the commercial side.

Until when do you really expect the big wave?

Thereʼs two numbers. The first is that once the first vehicles have been put on the market, we calculate when the batteries will fail over their life cycle - presumably the big wave will come in about eight to ten years. Secondly, we have to take into account that, in terms of the number of vehicles, we are currently in a small percentage range in terms of the proportion of total vehicles. Here, too, a big wave will come in ten to 14 years.

If we now assume that the batteries have to be recycled: What percentage of the raw material can usually be recovered?

That depends on the processes. Currently, about 75 percent can be recycled. That also has to do with the sub-materials, that is: which materials are contained. Is it silicon, nickel or cobalt? Of course, I have slightly different quotas there, but in each case around 75 percent on average.

What is the limit that can be achieved?

Theoretically, you can probably crack 90 percent, but that's more of a theoretical value.