Munich/Pforzheim, December 12, 2022: The development of solar hybrid power plants is ramping up. Combining photovoltaics or wind power – or even both technologies – with large-scale storage systems is gaining in importance as a way of ensuring stable power generation using renewable energy from complementary sources. The electricity generated can be temporarily stored and fed into the grid as required. This is also opening up additional, increasingly lucrative business models like 24/7 direct electricity supply contracts. Solar hybrid power plants and their potential will be one special focus at the Intersolar Europe Conference on June 13 and 14, 2023 at the International Congress Center München (ICM). Multiple exhibitors will also be showcasing innovations in this field at Intersolar Europe 2023 from June 14–16. 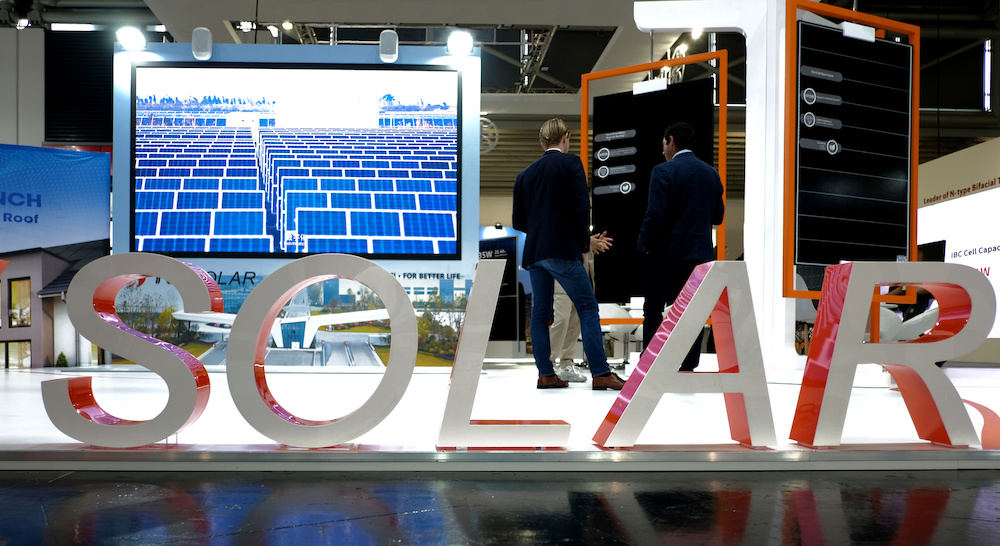 Hybrid power plants offer a solution to counter the volatility of renewable sources of energy. Photovoltaics (PV) and wind energy generation profiles are generally very compatible. While wind farms mainly supply large amounts of electricity on windy fall or winter days and at night, the same is true on sunny spring or summer days for solar farms. Batteries can temporarily store the electricity and feed it into the grid as required, allowing for optimum use to be made of grid capacity. What’s more, batteries help to prevent electricity bottlenecks and shift generation in good time.

With hybrid power plants, costs for project development and logistics can be cut since a combined power plant uses the same infrastructure, consisting of transformer stations, grid connections and transportation routes. Pooling the technologies in one place takes up less space, which is critical in densely populated countries like the Netherlands and Germany. This also reduces the overall financial risks associated with the plant.

Electrolyzers are also starting to be added to solar farms to produce green hydrogen. In Vouzi Mantasia (Greece), plans are currently being drawn up for a power plant combining 200 MW of photovoltaics, a 100-MW battery storage system and a 50-MW electrolyzer with the capacity to produce 16 metric tons of hydrogen per day. Meanwhile, a 5-GW solar farm in combination with a 1.5-GW electrolyzer to produce hydrogen and ammonia is being planned for the state of Tamil Nadu in India.

Field reports and inspiration at the Intersolar Europe Conference

The potential of solar hybrid power plants is far from exhausted, meaning there is still plenty more scope to use more renewable energy and boost the efficiency levels even further. Field reports and inspiration relating to the generation and usage of renewable energy through hybrid power plants will be one of the topics of the Intersolar Europe Conference, taking place at the International Congress Center München (ICM) on June 13 and 14. Exhibitors will also be showcasing their innovations in this field at Intersolar Europe, the world’s leading exhibition for the solar industry set to take place from June 14–16, 2023 at Messe München.

More about hybrid power plants is available on The smarter E Podcast.