In this interview, Sergio Dueñas of the California Energy Storage Alliance CESA talks about the California storage market, which technologies are on the rise, and what the trend toward self-sufficiency means for the power grid. 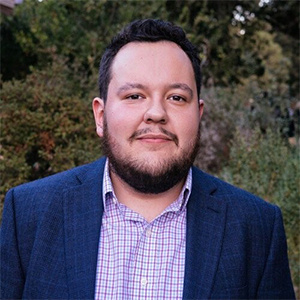 In 2018, there were less than 200 megawatts of energy storage installed and operating in California. Today we are at over 4200 megawatts. So the pace of energy storage expansion in California has accelerated a lot, largely due to our ambitious climate goals. The state has set a goal to fully decarbonize power generation by 2045, which is much faster than the rest of the US. What we're seeing in California and in the U.S. as a whole is that the decline in the cost of renewables, combined with climate goals and renewable portfolio standard laws, have significantly increased the need for storage. We see the situation in the gas and oil markets putting pressure on electrification efforts. And we are now also seeing demand for storage from other sectors especially the transportation sector.

What technical trends do you see in the area of storage facilities?

I think there has been a lot of interest in alternative technologies beyond lithium-ion. Especially technologies that don't have thermal runaway issues and therefore don't have safety risks like lithium-ion batteries. Because safety is a very important aspect for decentralized deployment in cities. And finally, it's really about bringing down the cost of potential alternatives to make them viable. So here in the U.S., the federal government has launched the Long Duration Energy Storage Shots program. It's aimed at enabling long-term storage of more than 10 hours at a price that's about one-tenth of the price of lithium-ion today. Because that's really going to drive decarbonization very quickly if we can achieve those kinds of reductions. So we are definitely seeing more and more interest in this area.

You've launched an initiative called "Shape and Scale Storage Markets Across US West." What is that about?

As part of Cesa, we have launched this new initiative. We call it a kind of special project or special initiative called WEST, the Western Energy Storage Task Force. So, with WEST, we want to make sure that storage in planning locations is appropriately and fairly evaluated to support future procurement of those resources and market development in those states. We want to share the lessons learned from our work in California and make sure that other places don't make the same mistakes that we did. That way, we can make storage a common resource throughout the region.

What are the main reasons for buying electricity storage in the U.S. right now?

: In California, storage demand started through legislative action, specifically with Assembly Bill 2514, which has caused markets to bring buyers and sellers together and better understand that today, almost ten years after AB 2514 was passed, the biggest motivation for large customers is to meet their decarbonization goals while minimizing their costs and that this can only be done with more renewables and storage. For smaller customers, such as end users, the main benefit is that they can save money and have backup power and some resiliency. In the state of California, we have rates based on consumption, and we're getting closer and closer to actual market prices that are communicated directly to end users. That's a big advantage. And with the increasing fires and complications with the transmission system, resiliency is becoming a key factor for end users.

Resilience and self-sufficiency present interesting challenges for the system. First, because it is a system based on collectivizing costs so that it is economically affordable for all end users. So the more participants we have in the grid, the more people rely on the grid to get their electricity, the cheaper the grid will be for everyone. But in recent years, and given the many complications caused by climate change, I think there is a growing movement to not only provide for one's own needs, but to have one's own microgrid in a residential neighborhood, possibly an entire city. That's very interesting technologically and also from a regulatory perspective. But it's definitely going to be a challenge for the future of the grid as we move toward a larger, centralized, optimized system. Like what we're seeing in regions that are expanding their interconnections that connect to other neighboring regions, or toward separate distribution-level microgrids that coordinate with each other. That's pretty much the discussion going forward. And in both cases, we're going to need storage in some form.