How startups are driving the energy transition

Second Life as a leverage to refinance the transition?

Why is AC bidirectionality key to large-scale V2G implementation?

This reform paper formulates proposals to free the forces of the energy transition despite tight budgets. 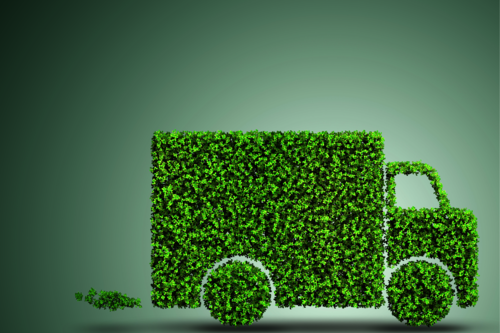 The European Combined Charging System (CCS) initiative CharIN presented the Megawatt Charging System (MCS), the future charging standard for heavy commercial vehicles, for the first time in Oslo. The prototype design of the connector, which is intended to enable charging capacities of up to 3.75 MW, was also shown. Initial pilot projects are planned for next year, with commercial rollout expected in 2024.

The design of the charging plug was on display at ABB eMobility's booth, for example. The prototype, long kept secret by CharIN, is triangular, with the tip pointing down. Large receptacles for the two DC pins are placed in the two upper corners. The other, smaller pins for grounding and communications are placed in the center and below the prototype.

According to CharIN, some members of the organization will introduce their respective products implementing MCS in the coming year. So the connector design should already be very close to the final specification. In addition, the charging process with converted charging columns was demonstrated in Oslo. It is not known what charging power is possible with these converted charging stations. The megawatt charging system is designed for a charging voltage of up to 1,250 volts and a current of 3,000 amperes, which theoretically corresponds to a charging capacity of up to 3.75 megawatts.

This Manifesto states 12 demands for the EU, national and regional policy makers and governments with actions required to foster hydrogen’s role as enabler of a the circular economy and a full decarbonisation.

Vehicle2Grid as Game-Changer of the New Energy World

E-mobility: The Most Important Questions About Setting up a Charging Park

Interview with Stefan Vorbeck, Managing Director of Auto-Vorbeck GmbH and spokesman for e-mobility for the Schleswig-Holstein Regional Association of Motor Vehicles.

Pioneering solutions to ensure the energy future have become more important than ever. Whether it is renewable power and heat generation technologies, innovative storage systems, smart grids, charging infrastructure or e-mobility: Promising solutions for renewable, decentralized, digital and reliable power supply and the coupling of the electricity, heat and transport sectors are conquering the market.

After three successful exhibition days and two conference days at the International Congress Center München (ICM) which provided intensive discussions, captivating debates and product innovations, Intersolar Europe, the world’s largest exhibition for the solar industry, can look back on a successful event.