PV Production in Europe is Catching up

One of the main topics of the Forum Neue Energiewelt held in Berlin in September was the resurgence of European PV production. The critical changes in global supply chains and logistics which has lead to a massive increase in prices by the pandemic has forced PV manufacturers to come back Europe over the last few years. Moreover, product innovations have led to the resurgence of European PV production. 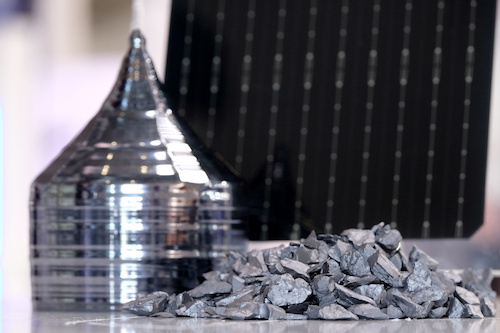 The global supply chain problems caused by the pandemic, as well as product innovations and optimizations have been causing a drop in production costs of PV components in Europe over the last few years. The war in Ukraine and the subsequent rise in the cost of fossil-based energy production gave an additional boost to the demand for photovoltaics. This made it even more important to bring the production along the entire PV value chain back to Europe. This trend is further driven by the research and mechanical engineering expertise represented on the continent.

Pioneering initiatives have been successfully launched and profitable investments have been made. Nevertheless, the resurgence of PV production in Europe is at risk of being hindered by the rising costs of materials and energyelectricity, ground-breaking incentive programs in the US and India and the fact that political support in Europe is still reluctant.

EU-wide collaborations such as the Solar Manufacturing Accelerator initiative aim to re-establish and advance PV production in Europe. The European Union recently launched the Solar Photovoltaic Industry Alliance which aims to create 30 gigawatts (GW) of production capacity on the continent by 2025. The European Commission will be providing an additional 20 million euros for the RePowerEU plan from the Recovery and Resilience Facility.

The European PV industry welcomes the latest efforts but is calling for faster and more determined actions in order to achieve the urgently needed scaling up of production rather than just focusing on the promotion of technological innovations. “For decades, Europe has been technology leader within the industry. But even with innovative products available, the current, totally deficient industrial ecosystem and the lack of a competitive regulatory environment mean that there is a lack of stimulation for rebuilding the entire value chain. The PV industry needs political support to achieve fast scaling up in order to reach economies of scale,” explains Dr. Moritz Borgmann, Chief Commercial Officer at Meyer Burger.

Meyer Burger produces PV cells and modules in the German Solar Valley, which makes the Swiss technology company one of the first players to return to production in Europe. Currently, the production capacity in Freiberg (Saxony) is 400 megawatts (MW), with a view to stepping up the capacity to 1.4 GW by 2023, and 7 GW by 2027.

NexWafe, a company from Baden-Württemberg also based in the Solar Valley, is planning the cost-efficient mass production of silicon wafers, so far the most expensive component of a solar module. The start-up has developed a process which lowers silicon losses during wafer production by 90 percent. The initial production capacity is planned to be 500 MW in 2024, with a potential increase to up to 3 GW.

Other European industry players are following suit: 3Sun Factory, a module manufacturer from Italy, is looking to increase production from their current 80 MW to 3 GW in 2023. NorSun, a Norwegian manufacturer of monocrystalline silicon blocks and wafers, is planning to increase its annual production capacity from 1 GW to 4 to 5 GW by 2024. All of the green electricity comes from hydropower.

The strong increase in demand within Europe is also triggering a U-turn in the PV machine engineering sector: According to the German Mechanical Engineering Industry Association (VDMA), in the second quarter of 2022, Europe has overtaken Asia for the first time in 14 years in terms of order intake. In Europe, revenues grew by a factor of four compared with the previous quarter. Against all odds, the manufacturing industry has awoken from its slumber.

Intersolar Europe, the world's leading exhibition for the solar industry, will once again dedicate an exhibition space to PV production technologies in 2023 (hall A2). The exhibition will take place as part of The smarter E Europe at Messe München from June 14–16, 2023.