"The coming years are crucial for Europe as a business location" 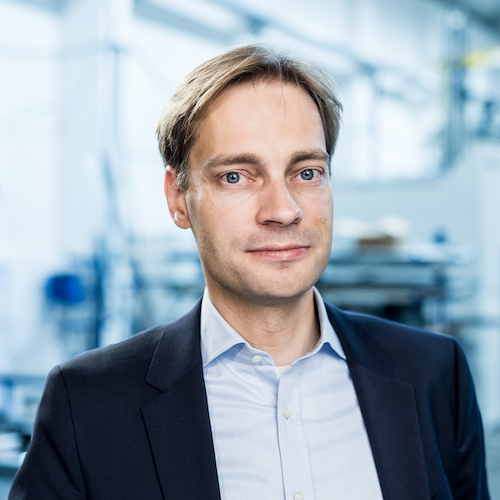 No sooner has Europe eliminated its know-how deficit in the battery sector than the next feat is on the horizon: mass production startup. What is important now? Europe's first "Battery Atlas" by the Chair of Production Engineering of E-Mobility Components (PEM) at RWTH Aachen University provides information: the work highlights the commitment of cell manufacturers, module and pack producers, suppliers of equipment and battery active material, as well as recycling companies and battery test centers. Editor Dr. Heiner Heimes, managing chief engineer of PEM reveals how we are currently positioned across Europe, where the journey is headed and where there is still a need to catch up.

In your "Battery Atlas," you map current activities along the entire battery value chain. What insights does this work provide on the whole?

Basically, I have to say at the outset: developing lithium-ion batteries is an extremely demanding task, as it requires many different competencies and the lithium-ion battery industry is growing and advancing very rapidly. In recent years, Europe has focused mainly on reducing the knowledge gap with the Asian region - quite successfully! Now it is becoming increasingly important to master all those challenges that arise from the ramp-up of production of different battery cell series. The "Battery Atlas" makes it clear: Europe has now developed into an international hotspot for various industries and sectors along the entire lithium-ion battery value chain.

For a long time, European manufacturers "refused" to invest in the production of battery cells for traction batteries. What is the situation today? What production capacities do we currently have in Germany and Europe, and what can we expect by 2030?

In 2020, an annual volume of just under 25 gigawatt hours was produced in Europe. With the activities currently planned, this production volume in Europe is expected to rise to a good 1,300 gigawatt hours by 2030. This means that production capacity will grow by a factor of 50. However, the new battery cell factories are not only planned by European manufacturers. Around 60 percent of them are accounted for by producers and players from Europe - meaning that a large proportion of the production volumes planned on our continent will be implemented by other companies, primarily from Asia. The projects of Asian companies tend to be significantly larger than the battery cell factories planned by European companies.

Which battery types are on the rise alongside lithium-ion batteries? And where will they be used in the future?

The sodium-ion battery is currently being developed as a "near-series alternative technology," so to speak. It is characterized by low costs and sustainably available raw materials. Due to the weaker energy and power densities, they are more interesting for the entry volume segment or for stationary applications.

What production capacities do we need to provide sufficient batteries for the automotive sector?

If we want to meet the growing battery cell demand for the European market in the automotive sector alone, we would need at least 900 gigawatt hours of production capacity by 2030.

What special requirements distinguish traction batteries from other types?

Very high demands are placed on so-called traction batteries in terms of energy densities, performance and costs. Mobile use also means that the battery is confronted with highly fluctuating environmental conditions.

The Tesla company considers the battery to be a core competence in the construction of its cars. This was not the case with German manufacturers for a long time. Is this attitude changing right now?

Yes, that is absolutely the case. A look at the industry underscores this unequivocally.

What does the development of European manufacturers look like? Who are the main players, and what is the situation regarding their respective market shares?

In addition to European producers, manufacturers from Asia and the U.S. also want to help shape the battery "world" in Europe. From Asia, it is mainly the cell producers that are already established in their home countries that are pushing into the European market. In contrast to the players from Asia, who concentrate mainly on the production of cells, there are many cooperations and joint ventures of large automobile manufacturers with cell producers on the European market. In addition, start-up companies are constantly emerging in Europe to expand their core competencies in the battery industry.

What are currently still the biggest obstacles for European production processes?

So far, only a minority of companies have produced a battery cell in Europe, and some planning projects have already been discontinued. The coming years will be decisive for the development of Europe as a location for battery production - and thus, of course, for the competitiveness of a battery cell from Europe itself. The numerous specialists in European mechanical and plant engineering should continue to focus in the coming years so as not to leave the market to the dominant Asian equipment suppliers. Most machine suppliers for the production of battery cells currently come from Asia and are already working to capacity with full order books. As a result, European battery cell manufacturers and OEMs looking to enter the market are likely to face supply bottlenecks that jeopardize their production ramp-up. Securing plant technology is a critical success factor. In addition, criteria such as sustainability and quality are becoming increasingly important in the procurement process - and not only because of the EU Battery Regulation coming into force.

Do we have enough raw materials at all, or will we have to rely on materials other than lithium in the long term?

We currently have sufficient raw materials for the production of lithium-ion battery cells. Since materials now account for more than 70 percent of cell costs, we can observe a general trend toward more readily available and thus also more cost-effective cell materials. An illustrative example of this is cobalt, which currently costs around 50,000 euros per ton and is therefore being largely replaced by nickel as a cathode material. Whereas nickel, manganese and cobalt were previously used in a one-to-one ratio as cathode material with the corresponding designation "NMC-111," the trend today is toward cobalt-free cells, also known by the abbreviations "NMX" and "NMC-910," respectively. More problematic is the fact that individual raw materials are only mined in a few regions of the world. Here, it will be necessary to increase the resilience of European supply chains in the future, for example through an efficient circular economy. In addition, research into new cell materials is progressing rapidly. The sodium-ion battery promises to again significantly reduce cell costs compared to the lithium-ion battery thanks to readily available raw materials.

Batteries are currently the biggest cost driver in electric cars. When can we expect a reduction in costs, and what does it depend on?

The cost reduction has been underway for years and is supported by the further increase in unit numbers and new technologies.

Recycling, which your PEM Chair has been working on for several years, is also very important. How far have we actually come in this area? Is there now an established, standardized process chain in Europe? And how high are the current recycling capacities?

In the meantime, we are seeing some movement in the market for battery recycling. A few years ago, companies were not focusing on this topic because the market was busy getting the vehicles on the road in the first place and there were therefore no significant return figures. Nevertheless, a striking difference can be seen compared to the battery manufacturing sector: The size of recycling factories and the correlating investment lags significantly behind that of the manufacturing sector. However, this will change over the course of the decade, and we will also see more gigafactories for "Re-X" - i.e. for re-use, remanufacturing and recycling - in the second part of the battery lifecycle.

What are the possibilities for batteries after they have become unusable for further use in electric cars?

In principle, a "second life" is open to them in an energy storage system. We can currently observe two main options in the construction of such stationary battery storage systems. First, the battery packs - as they are - can be removed from the vehicle and transferred directly to a stationary application. This is extremely cost-effective, but requires access to the vehicle's battery management system and only works if the systems still have a high "state of health." If the battery management system can no longer be accessed or if the health of the overall system is too low, it is also possible to open the battery packs, test the modules individually and transfer those with a high state of health to the second life.

Are there now reliable analyses and forecasts on the degeneration of batteries?

They do exist in the meantime. In detail, the respective degeneration depends on many different factors - from the cell chemistry to the environmental conditions to the mode of operation. The manufacturer's warranties of usually at least eight years are a good indication that the battery systems last much longer than many of the sterotype slogans. As the average battery system energy content per vehicle has steadily increased over the past decade, this has also reduced cyclic aging, and degeneration is increasingly focusing on calendar aging.

At the present time, we are seeing increasing capacity being built up within Europe for the testing and homologation of traction batteries. At the same time, however, the number of battery development projects is rising sharply, and with it the need for testing capacity. In the coming years, this will lead to increasingly intense competition for available test capacities on the European market. We expect that the existing testing capacities will be significantly expanded in the coming years beyond the planned new capacities. In addition, it can be assumed that further companies will place themselves in the strategic business field of testing traction batteries.

The "Battery Atlas 2022" provides further insights on a total of around 20 pages. The work, which was produced jointly with the "Battery Production" department of the German Engineering Federation (VDMA), is available as a free download.