Pioneering projects for a sustainable energy industry have now been honored with The smarter E AWARD 2021. BayWa r.e. Solar Projects, Boreal Light, and Siemens Gamesa Renewable Energy have been announced as the winners in the Outstanding Projects category.

The Mylar UVHPET photovoltaic (PV) backsheet with recycled content, the MarcS modular PV construction system, and the Hi-MO5 high-power bifacial module for large solar parks have been named as some of the most pioneering products within the solar industry.

After three decades of working towards a sustainable energy supply for the future, Intersolar, the world’s leading exhibition series for the solar industry, is celebrating its 30th anniversary this year.

The smarter E Industry Days (July 21–23), a digital event for the entire new energy world, are in full swing.

All about the event

Join the digital event on July 21–23, 2021 to learn about new products and services, discuss the latest market developments and make new business contacts!

Last month Toyota revealed plans to build a prototype city of the future on a 175-acre site at the base of Mt. Fuji in Japan. Called the Woven City, it will be a fully connected ecosystem powered by hydrogen fuel cells. Envisioned as a "living laboratory," the Woven City will serve as a home to full-time residents and researchers who will be able to test and develop technologies such as autonomy, robotics, personal mobility, smart homes and artificial intelligence in a real-world environment.

The city is planned to be fully sustainable, with buildings made mostly of wood to minimize the carbon footprint, using traditional Japanese wood joinery, combined with robotic production methods. The rooftops will be covered in photo-voltaic panels to generate solar power in addition to power generated by hydrogen fuel cells.

To move residents through the city, only fully-autonomous, zero-emission vehicles will be allowed on the main thoroughfares. In and throughout Woven City, autonomous Toyota e-Palettes will be used for transportation and deliveries, as well as for changeable mobile retail.

Toyota plans to populate Woven City with employees and their families, retired couples, retailers, visiting scientists, and industry partners. The plan is for 2000 people to start, adding more as the project evolves.The groundbreaking for the site is planned for early 2021. 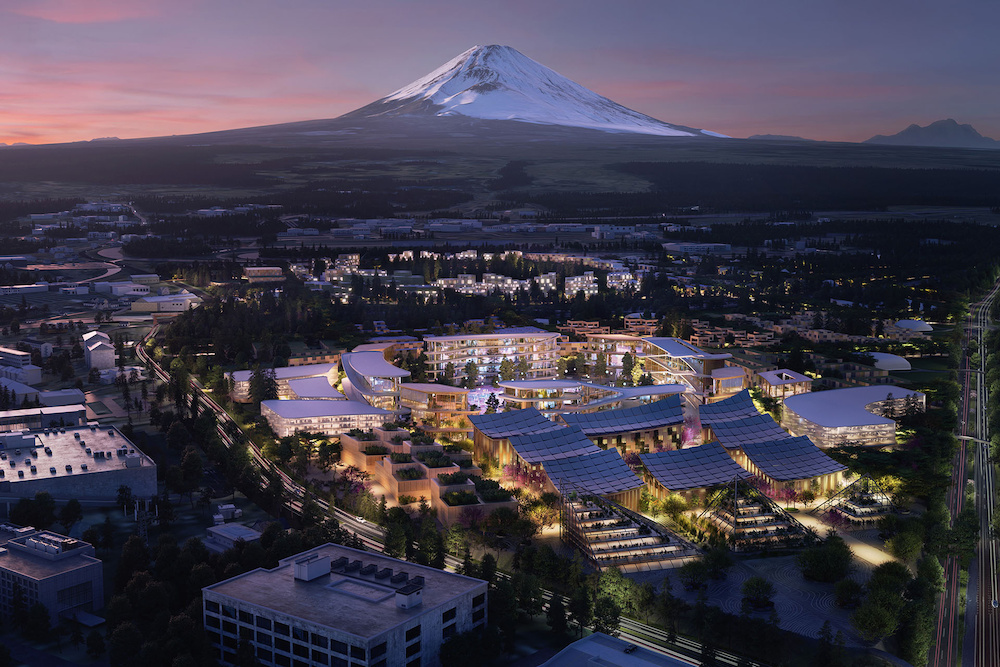 ©Toyota
The masterplan of the city includes the designations for street usage into three types: for faster vehicles only, for a mix of lower speed, personal mobility and pedestrians, and for pedestrians only. These three street types weave together to form an organic grid pattern to help accelerate the testing of autonomy.
All news

Are European Grids Smart Enough for the Future?

In the webinar, you will learn what tasks need to be solved from the perspective of a utility in order to remain competitive.

ENGIE inaugurates a Sustainable Power for Offgrid Regions platform on an island off the coast of Singapore.