Munich/Pforzheim, February 27, 2020: The global photovoltaics market is expected to grow by 14 percent this year, reaching a total 142 gigawatts (GW) of newly installed capacity, according to a forecast published by IHS Markit in January 2020. The report predicts that 43 countries will have an installed PV capacity of more than one GW by the end of 2020. The key market drivers are photovoltaic (PV) power plants – utility-scale installations with more than one megawatt (MW) of capacity. There are clear trends not just in installation size, but also in the latest technologies. Many new solar farms are being equipped with tracking systems, which rotate the modules over the course of the day to follow the sun, thus boosting the yield. PV installations which float on bodies of water are also on the rise globally and, more recently, in Europe too. These are just some of the topics that will be explored at Intersolar Europe 2020, the world’s leading exhibition for the solar industry. Intersolar Europe is part of The smarter E Europe, the continent’s largest platform for the energy industry, and will take place from June 17–19, 2020, at Messe München. 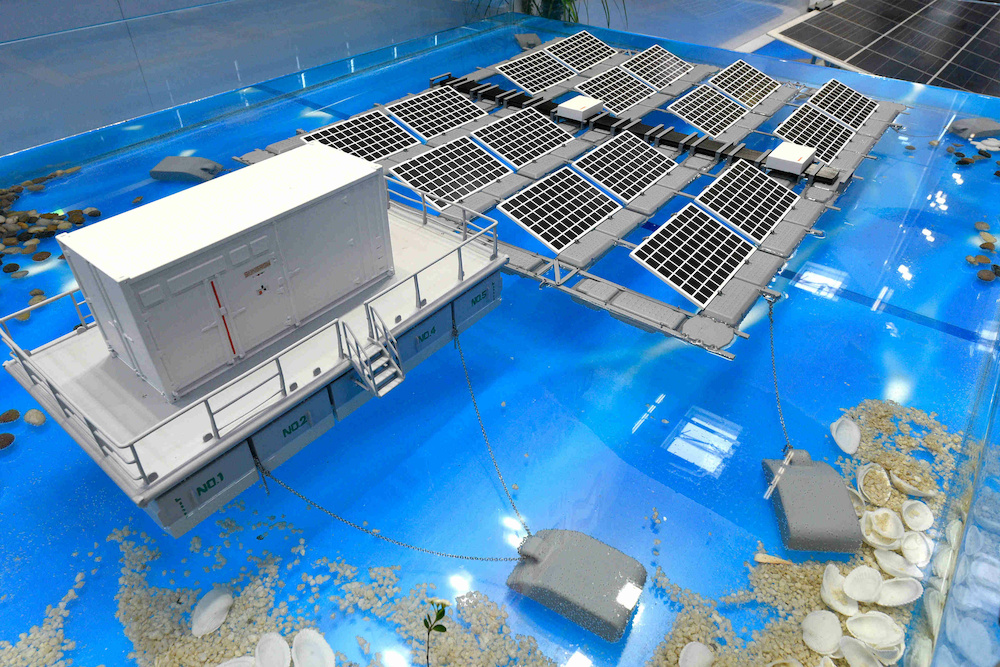 PV power plants with electricity generation costs from under 2.5 to 5 euro cents per kilowatt hour are now almost always extremely competitive when compared with conventional power plants. More and more unsubsidized installations are springing up as a result, including in Europe. Many of them are financed via long-term power purchase agreements (PPAs). Spain is at the cutting edge in this field, building solar farms such as the 300-megawatt Talayuela park in Extremadura, which is drawing funding via PPAs..

Large solar parks are also being equipped with tracking systems which boost the yield by automatically redirecting the PV modules so that they are always facing the sun. Single-axis tracking systems are particularly popular. According to IHS Markit, they saw growth of more than 40 percent in 2018, with installations exceeding 20 GW of total capacity. The market analysts expect one third of all free-standing PV installations globally to be fitted with tracking systems over the next five years. The US remains the country with the greatest demand for PV tracking devices and will make up more than 40 percent of the global tracking market over the coming five years, while demand in Europe, the Middle East and Africa (EMEA) is expected to grow the fastest.

In line with the global trend, Europe is also seeing a boom in floating PV installations, which are generally set up on the unused surfaces of bodies of water such as reservoirs and quarry lakes. While this is currently still regarded as a niche technology, it offers immense potential. A 24.7 megawatt (MW) solar farm resting on a floating substructure is currently being installed on an artificial body of water in the Netherlands. In October 2019, Europe’s largest floating photovoltaic installation to date was launched in the south of France, offering a capacity of 17 MW. The installation covers 47 hectares on the surface of a lake formed in a disused quarry.

Globally, an estimated 2 gigawatts (GW) of floating PV capacity was in place at the end of 2019. According to the World Bank, Europe alone has a potential capacity of 204 GW, which could be realized if 10 percent of the surface area of artificial freshwater lakes – such as former lignite pits – were used.

Floating PV installations have many advantages. Firstly, the unused surfaces of bodies of water can be utilized for the energy transition. The trend for floating PV installations could also take some of the heat out of the debate on land use in EU member states. Floating PV currently costs more than free-standing systems of the same size, but the large potential surface area, the higher yield due to additional water cooling, and the relatively straightforward installation process make up for this. What’s more, experts are expecting installation costs to drop significantly in the near future. One promising approach is to connect floating solar installations with reservoir power plants to form a single unit. Combining solar power and hydropower results in lower investment costs than for separate plants because the same electricity infrastructure can be used for both systems. Particularly in warmer regions, combining plants in this way can create a positive reciprocal effect – the reflection of sunlight on the water makes the solar cells more efficient, while the water cools them down, boosting their efficiency even more. The solar modules also provide shade for the water, which reduces evaporation and offers control over seasonal changes in the water level.