EM-Power 2020: Small Wind Turbines for the Energy Supply of the Future

Munich/Pforzheim, March 19, 2020: Small-scale wind energy is still in the beginning phases in Germany. Yet interest in this technology is gaining traction in light of rising electricity prices and the sociopolitical direction we are heading in to invest more in renewable energies in the future. In order to be able to produce electricity evenly throughout the entire year, the combination of small-scale wind energy, photovoltaics and storage systems is of particular interest. The integration of these technologies is also a contributing factor to companies becoming carbon neutral. EM-Power – the exhibition for intelligent energy use – lays special focus on small wind turbines in many ways, including the Small Wind Turbines joint booth. The exhibition will also offer a webinar on the topic on March 26, 2020. EM-Power will be held in conjunction with three other energy exhibitions from June 17–19, 2020, at Messe München as part of The smarter E Europe, the continent’s largest platform for the energy industry. 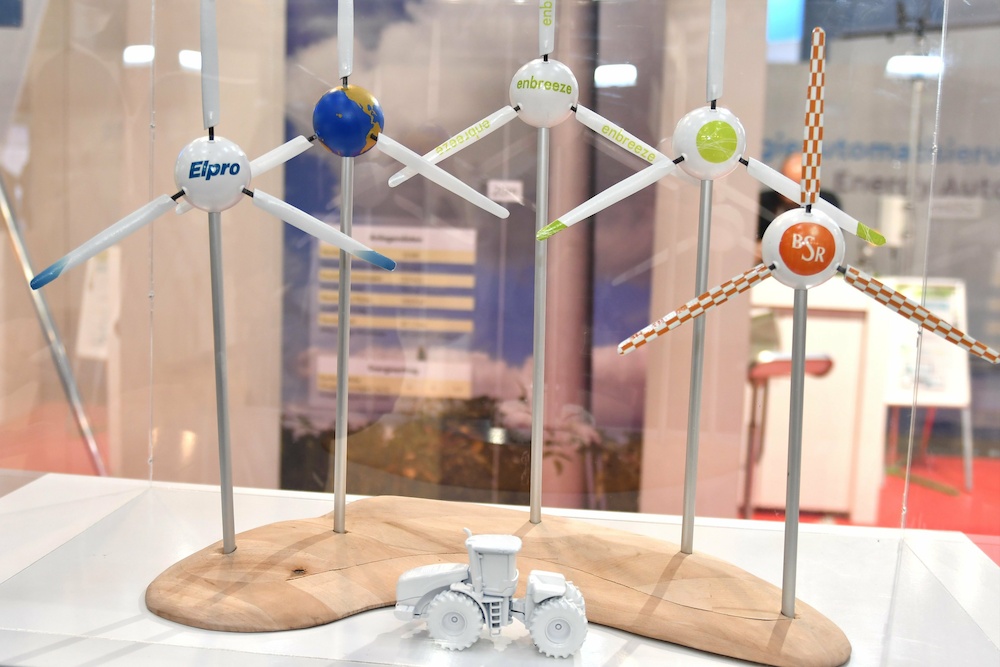 Small-scale wind energy is particularly useful as a supplementary form of renewable energy to photovoltaics (PV) and energy storage systems. With regard to energy supply for commercial and agricultural applications as well as private buildings, it is particularly suitable for balancing out the times during which – due to a lack of sunlight – the production of solar power is low. “The strategic advantage of small wind turbines is that they make clean energy available in the fall and winter. For the highest possible level of energy self-sufficiency for residential or commercial applications, wind power produced on the property in combination with photovoltaics and electricity storage systems is the method of choice for many. This can provide enough energy for heating technology such as heat pumps. However, establishing beforehand whether one’s property and therefore the location of the small wind turbine experiences enough wind is a must,” says Patrick Jüttemann, spokesperson for the regional group West of the German association for small wind turbines (BVKW).

Due to their relatively short height, small wind turbines are unobtrusive and can be set up in close proximity to their operators, who are simultaneously the consumers of the wind energy generated. There is no universal definition of what separates a large wind turbine from a small one, but in practice, the differences are usually clear. The most common criterion is the wind turbine’s power output, with any wind turbines that have an output greater than 100 kilowatts (kW) being considered large. The turbine’s height can also be used as a point of reference – the German Federal Immission Protection Act (BImSchG) counts wind turbines 50 meters tall and taller as large-scale installations and requires them to undergo an approval procedure. An installation that stands shorter than 50 meters with an output of less than 100 kW is thus considered a small wind turbine. Typical operators of such installations include proprietors of commercial property or real estate as well as farm owners who consume a lot of energy. Some private homeowners also show interest in small wind turbines.

With its webinar on small wind turbines and the potential they offer when combined with photovoltaics and storage systems – so-called hybrid systems – EM-Power addresses precisely this topic. Small-scale wind energy still has a ways to go in Germany. According to estimates from many energy experts, the potential of small-scale wind farms is far from being exhausted and a significant
boom is expected in the coming years. In fact, small wind turbines are just what is needed for the imminent age of regenerative sector coupling. The EM-Power webinar will feature speakers from b.ventus/E.ON and DeTec Vision. b.ventus/E.ON will be introducing mid-sized wind turbines with an output of 250 kW as a carbon-free self-consumption solution for commercial and municipal properties while DeTec Vision presents high-performance small vertical axis wind turbines as an ideal supplementary element to solar energy both on- and off-grid. The webinar will focus on the different applications and options that both small horizontal axis and vertical axis wind turbines have to offer. It will also feature best practice projects and discuss how small wind turbines can be combined with photovoltaics and electric battery storage systems. The webinar will be held in German on Thursday, March 26, 2020, from 3:00pm to 4:00pm. For further information, or to register for the webinar, please visit the EM-Power website.

Small-scale wind power – the next logical step in sector coupling

The future of small-scale wind turbines lies very clearly in their connection with photovoltaics and storage technology. Wind and solar go hand in hand. With one storage system, the electricity generated by either source is always available when it is needed. “A major storm is brewing,” says Stephan Schwartzkopff, Chairman of BVKW. He describes the current rise in the popularity of small wind turbines, stating, “We at BVKW receive inquiries almost on a daily basis regarding the combined use of decentralized wind energy as a supplement to photovoltaic installations as well as regarding the economic benefit storage systems offer by raising self-consumption rates in private homes, commercial businesses and public buildings.” Anyone who would like to rely on self-generated energy for e-mobility purposes will certainly consider this option. “With increasing frequency I’m faced with the follow-up question: ‘And how can everything be coupled to form a sustainably powered, storage- supported charging system for electric and hybrid cars?’ The charging station issue sums up the situation nicely: The energy transition, transportation transition and the transition in the way we think are finally beginning to converge. A trend has started to develop in a palpable and quantifiable way. All that’s missing is an effectual amendment to the Renewable Energy Sources Act. We need to promote a transformation in the decentralized, cooperative, blockchain-controlled neighborhood use of decentralized energy and not obstruct it, as is currently being done to an extent,” Schwartzkopff says optimistically.

With four parallel energy exhibitions dedicated to the topic, The smarter E Europe offers plenty of information on sector coupling. This year, EM-Power is placing a special focus on small-scale wind energy and will even feature a Small Wind Turbines joint booth, which offers exhibitors the perfect opportunity to present themselves at Europe’s largest platform for the energy industry, The smarter E Europe. Held in conjunction with the three parallel energy exhibitions Intersolar Europe, ees Europe and Power2Drive Europe, EM-Power is the place to go for information and updates on the path to a decentralized energy transition. Together, these exhibitions present all the components of the new energy world.