Mr. Schmela, how would you assess current developments in the European PV market? 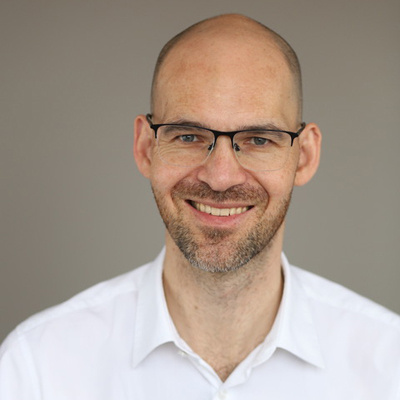 All in all, everything is looking very positive and PV is on the rise. Last year, nearly 17 gigawatts (GW) were installed in the EU – double the added output of 2018. The only time we’ve seen a greater boom than this was back in 2011, but this time it seems to be much more sustainable for the simple reason that there are more strong PV markets in the EU now than there were then. I expect to see new installations producing an additional 20 gigawatts this year – the decade of solar has begun.

What are the future driving factors for added PV deployment?

The key is in competitiveness. Photovoltaics has become cheaper than other electricity generation technologies and it’s improving from year to year since solar power has more cost reduction potential than other technologies. Nonetheless, politicians on the EU level need to conclusively get on board with the targets that have been set. The only issue is that by the end of 2018, over half of the 28 member states had not yet reached their green power targets for 2020. But another advantage of PV is without a doubt its versatility. It knows almost no bounds and can be mounted in a number of different settings: on roofs, as a solar facade, as a ground-mounted power plant or even on water as a floating system. At SolarPower Europe, we are confident that PV will be the dominant source of power production in the EU by 2040, and the industry could have created around half a million jobs by the end of this decade.

Spain made a real comeback last year. What EU markets will see similar development in the coming years?

Following 2008, Spain does indeed represent the largest market in Europe, primarily on account of the binding 2020 climate targets set in Brussels. PV has earned the lion’s share of an invitation to tender and these installations have provided a large portion of the new deployment of nearly 5 GW. Germany, too, has increased its output in the past two years, reaching nearly 4 GW in 2019. Despite its small size, the Netherlands has contributed a respectable 2.5 GW of new output and Poland has increased its PV output by around 800 megawatts (MW) to more than 1 GW. In total, 25 of the 28 EU countries have boosted their PV installations compared to the previous year.

What new business models are up and coming?

Power purchase agreements (PPAs) are now being scaled up for solar farms and no longer just for wind farms. Subsidy-free solar power that competes directly with other suppliers on the energy market certainly represents another trend. Furthermore, digitalization has opened the door for more and more business models, especially in sales. One example worth noting is blockchain technology, which lowers transaction expenses, in turn enabling non-bureaucratic electricity trading within neighborhoods. Decentralized IT structures are particularly suited to those of green power installations. In addition, as the competition for free space grows, new models such as floating and agricultural PV are becoming more appealing, even if they entail additional costs initially.

Intersolar Europe has showcased a lot of innovations in solar modules in recent years. Which technological trends are you aware of?

We are indeed seeing a lot of innovation in the way of solar modules. Just to name a few examples: more and more manufacturers are producing bifacial modules which absorb solar energy on both of their surfaces. There are also more and more half-cut cell modules because the advantages they offer mean fewer internal losses. There are also new modules where the cells overlap like shingles (shingling modules) and others where there is no gap between the cells (paving/tiling modules), making them that much more efficient. Another trend we’re seeing is increasingly large wafers. The newest forms are the M6 and M12 which boast 16.6- and 21-centimeter long edges respectively, whereas today’s predominant model – the M2 – has an edge length of only 15.7 centimeters. All in all, users seek more output per module, but larger wafers also mean larger modules and a more complicated handling process. Since PERCs have now caught on with module manufacturers, the next step would be to employ more efficient solar cell technologies, such as heterojunction cells, the production of which has just recently been launched in Europe by the Italian company Enel. This allows for an increase in solar module output without the need to physically enlarge them.

Currently, modules aren’t so easy to come by. Are you concerned that module prices could rise in Europe since the coronavirus has forced many factories in China to close temporarily?

PV marketplace pvXchange has shown slightly higher prices in Europe in the past several weeks. I think it’s too early to say what will happen, at least in the long-term. Many Chinese factories continued their manufacturing activities during the Chunyun travel season surrounding the Chinese New Year instead of closing. Thus, there could still be a sufficient number of modules on the market despite what may have been anticipated. Additionally, market restructuring and decreased remuneration have made the Chinese market less appealing. Chinese manufacturers therefore award greater priority to foreign markets such as that of the EU. "However, the recent classification of the spread of the coronavirus as a pandemic could have a more dramatic effect."

Are European module manufacturers becoming more important for the EU then?

Without a doubt. SolarPower Europe would really like to see more European manufacturers. Not only is demand important in the European market, so is supply. The Chinese understand the importance of an industry strategy for providing comprehensive support to their manufacturers. There are certainly instruments within the EU which would open up funding opportunities within the framework of the aid scheme. And there should also be more emphasis placed on the argument of energy security, as more green power affords the EU greater independence from fossil fuels sourced from abroad and secures jobs in the European market. But to achieve this, the EU needs to know that the individual member states are ready to jump on board. Now, we have to develop and implement the right tools for rapid expansion of the solar energy industry as part of the Green Deal. It’s clear that we need a comprehensive and ambitious industry strategy for the utilization of solar energy and other renewable energies with a focus on production in Europe. This is the only way that the EU’s climate targets can be achieved and implemented in the long-term.