Share your expertise and present at the conferences or exhibition forums of The smarter E Europe! The Call for Abstracts Center ist open until January 28, 2022.

Postponement of The smarter E Europe 2021

Munich/Pforzheim, February 1, 2021 – The smarter E Europe with its four exhibitions Intersolar Europe, ees Europe, Power2Drive Europe and EM-Power Europe will be moved back by six weeks to the second half of 2021. The innovation hub for the new energy world will now take place from July 21–23, 2021, at Messe München. The smarter E Europe is Europe’s largest platform for the energy industry and the most important meeting point for the new energy world. 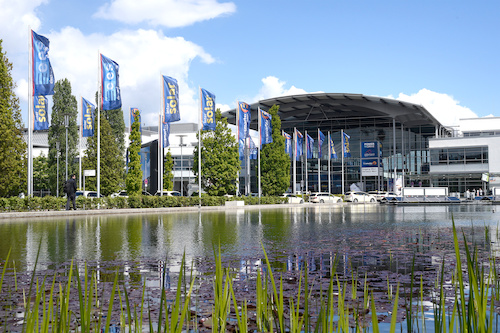 In close coordination with exhibitors and partners, the event’s organizers Solar Promotion GmbH and Freiburg Wirtschaft Touristik und Messe GmbH & Co. KG have decided to postpone the events by six weeks to July 21–23, 2021. The decision was made in close coordination with the registered exhibitors and Messe München. “We asked our exhibitors and partners how they felt about a possible postponement, and we would like to thank them for the overwhelming response and constructive discussions,” says Markus Elsässer, CEO of Solar Promotion GmbH. “The results revealed that a clear majority of the exhibitors were in favor of postponing the event to July 21–23, 2021. Six weeks can make a big difference in the current situation.”

The event will now fall in the second half of 2021. The organizer’s decision is based on a number of potential advantages. They expect that by then, more progress will have been made in terms of vaccinations, that travel restrictions will be lifted further, including by companies, and that the summer will have contributed to further stem the pandemic.

“More than 75 percent of the available exhibition area has already been booked and we believe that we will be able to hold a successful The smarter E Europe 2021 at the end of July and shape the future of our energy supply with even more (renewable) energy than ever before,” says Daniel Strowitzki, CEO of FWTM GmbH & Co. KG.

The finalists of the ees AWARD 2020 answer four questions about the award nomination.

“H2 Production Must be Taken to Industrial Scale”

Eleven international companies have announced their goals to change the transport and logistics industry sustainably.